YANACFPC … or in an expanded format of “You Are Not A Candidate For Professional Calibration.”

(This is an article in search of a point …) 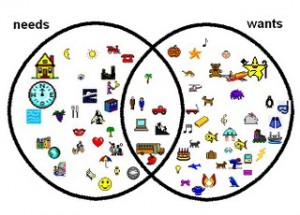 ally starting to require hospitals to take care of that aspect.

Years ago, I purchased a sound analyzer for $1900 after one of those Sencore sales people just hounded me and hounded me.  At the time, I figured that I had to convince myself that this device could make a difference in the set up process before I could offer it up as a service to others.  If it didn’t make a difference, then I could always unload it on Ebay to someone that had more use for it.  So I followed some instructions and started to analyze the audio on my own audio 7.1 system.

I had been somewhat disappointed in my own system’s performance as I always felt the rear channels were dead or certainly not as active as it should have been.  The Radio Shack meter always said that the levels were right.  And when I started this audio check process, I found to my own surprise and shock that the right surround speaker was actually out of phase.  With that corrected, the sound that I knew I was missing came back in full force.  I was a happy camper.

This process did get me thinking about audio.  I was so sure I set things up right.  A little too smug, too arrogant.  And I found out I was wrong.  Then I started to think about how many others out there were also so sure that their audio and video was set up correctly and they would be wrong, just as I was wrong.  Set up might be simple, but we still mess up.  In the 50 systems I looked at since, there was something wrong with each and every set up.  No one was immune to messing up some aspect.  In the very worst case, a person’s 7.1 audio system that he had paid good money for and audio speaker plugs from the wall outlets with no wiring to the speakers at all.  Speakers were physically in the ceiling, but no wires were ever run to them.

Ask yourself what it is that you think you want to achieve out of hiring a professional THX calibrator like myself.

How you answer the following question will tell me as the calibrator a lot about how you think and where your priorities in life are.  You go to a museum to look at the paintings.  Before you can go see those paintings, you are met by a man at the door.  He asks you a question.  “Which of these colored sunglasses would you like to wear to see those paintings with?”  Would you like the blue tinted ones, the green ones, the pink ones, or the ones with polka dots?

If you choose any of these glasses, then “YANACFPC.”  The right answer is none of the glasses at all.  You want to see the paintings the way they are supposed to look.  The way the artist intended.  And much like paintings in a gallery, movies are simply moving art.  Are you evil for choosing one of the glasses?  Of course you aren’t, but it does tell me that you do not care about image quality.  People have different priorities in life so welcome to the human race.

Some people happen to like to put ketchup on all their food; that is life.  A friend serves you up their best soup and the first thing you do before you even taste it is to reach for the salt and put it in.  You are less concerned about the taste of the soup and simply more concerned about what you like.  Will you then tell that friend that the soup does not taste very good; are you in any position to say that anymore?

Every so often, there are certain words that come out of people’s mouths that immediately raise red flags.  When people contact me about calibration and start to talk about needing an image that “pops,” I start to wonder.  Not sure where they read such things and how that becomes a misguided expectation of the process.  The TVs have plenty of modes that “pop” without my services.  What the heck does “pop” mean anyway?  A soft drink of course.  🙂  The descriptor is usually associated with very bright contrast driven images that fatigue eyes and kill detail.  The uneducated have been led to believe that brighter images are always better images hence the “Pop” reference.  Images pop just fine without professional calibration so I start to probe what these people are saying and end up turning half of them away.  I ask them what it is that they think calibration is all about.

The last thing I want to do is take money from people that should not be using my services at all.  It is no fun doing calibration work for people that don’t seem to care about what or why things get done.  It just leaves me wide open for the despair that comes later when I can’t meet their own false and unrealistic expectations.  Would people think to blame themselves for stuff like this; nope, it is always my fault.

If what made you buy a particular TV in a store showroom was the way it looked there, and it invariably is for most people, just watch the image in the Dynamic mode or Sports Mode or Vivid modes and be done with it.  99% of the people out there are perfectly fine with the performance of their TV.  Sure it’s wrong, but stuff like this just isn’t important to them and that is life.  Life is far too short for me to even make an effort to try to convert anyone.  I’d rather deal with people that come to me knowing that there must be something better and the cost of my services is less than the cost of them learning how to do this themselves. (Cost in time and buying software and hardware)

It’s all a matter of priorities for people.  Some spend many 10’s of thousands of dollars on their system and simply refuse to pay for someone to come in and make sure that everything is set up right and they are getting the most out of their system.  As a result, since they refuse to do it themselves as well, they end up with exactly what they get.  But they will continue to drop large sums of money on hardware and the cycle continues.  By the will of God, they will buy their way out of this.