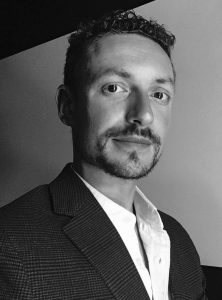 – ISF Instructor, TLVEXP Instructor, and Calibration Expert to the Greater Toronto Area and beyond.

From humble beginnings, Mike was born in a cabin that he helped his father build.  Grade School Teacher, Fire Fighter, Calibrator, Hunter of Geese, Busy Body …. Even an apartment fire could not curtail this love for movies and calibration.

Difficult to see … Always in motion is Mike …

Mike was unexpectedly lured into hi-fi as a 10 year old when he first spun the vinyl of Pink Floyd’s Dark Side of the Moon. Intrigued by the album cover and inserts, he wasn’t aware that he’d find a connection with music through stereo sound and atmospheric effects. Finding similar music to enjoy and a great stereo to play them on became a new quest for his young, mold-able, budding audiophile mind. The laserdisc player later converted him to a videophile too, and he was determined to earn his ISF certification while working at a Hi-Fi shop that was paying his tuition. It was here where high fidelity audio and video collided at full force; video calibrator by day and music lover by night (and his studies whenever he could fit them in).

He continued to work at various Hi-Fi shops once graduated with his B.A. (Hons) in Political Science and Anthropology at McMaster University in Hamilton, ON. The dream of becoming a politician or an archaeologist soon faded into oblivion.  After receiving M.Ed. at Daemon College in Amherst, NY, Mike changed his full-t

ime career path to teaching, but remains ever-present in the audio-video community in Ontario.  As a highly active and respected THX/ISF calibrator, Mike has contributed articles to Canada HiFi Magazine and can still be found speaking at video seminars, measuring product performance for manufacturers, and performing calibration work for both consumers and Toronto’s post-production community.

He has a strong commitment for video performance with an emphasis on measurement, but understands that you can’t get blood from a stone, especially when most environments are compromised. It’s not all about pretty looking graphs, it’s about making good pictures.