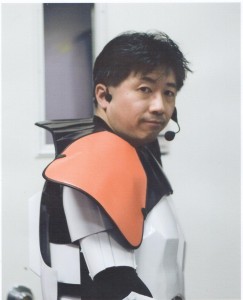 Providing video calibration services to clients across North America since 1995.

Finally a calibration site with a perverse sense of humor.  (It’s just TV, folks … as Jim Burns would say it many years ago.)

Finally a calibration web site that actually has good information and is never afraid to tackle the big issues for fear of hurting someone’s feelings.  I wanted a web site that gave visitors reasons to want to return to it.  I wanted something more than just a site that screamed “hire me!” and only that.  (Of course this site does serve that purpose as well, just not so in your face.) I just found those sites boring.

The primary mission of this site is to provide people with great information on the many aspects of the calibration world.  It is aimed at both the “Do It Yourself” enthusiast as well as the Professional Calibrator … and most of all, people that just want to learn more about the topic of calibration and how they might go about looking for a quality calibrator when everyone and their dog says that they can do it.  We now offer professional level training in a number of flavors for individuals and companies out there looking to expand the services that they can provide to their customers.  The best training in the market place.  Nothing compares to these programs.  We’ve even come up with a way to evaluate a potential calibrator when you just can’t be sure of what they are telling you.

The site has plenty of articles on the subject matter and there are also two forms of tutorial videos.  Ones that are free for everyone to view, and then those that require a paid subscription. (What I call the “put your money where your mouth is” video series; aimed at those that say they are serious about learning this stuff and doing it right; at a price point that is by all accounts, ridiculously low for what it provides.  Now here’s your chance.  Many thanks to all those that have stepped up to the plate so far to disprove my own cynicism.)   I am going to try my hardest to avoid doing things like TV reviews since those articles get dated pretty fast and become irrelevant as a result.  (But my friend Mike Osadciw will be contributing these articles.)

So sit back and take all the time you need to read the articles and watch the videos here at the site.   I hope you find my perspectives from inside the world of calibration to be interesting and insightful.  There are often more layers to what is happening than what people read in the main stream media.  If you like what you see here, tell your friends.

This site has visitors from more than 163 countries.  Now that is something I never imagined when I first put this site up.

For years, Michael Chen has been the only THX Video Systems Instructor in Canada.  And beyond these borders, is one of just two THX Video Instructors in the entire world.  He has actively consulted with Spectracal and ChromaPure and has created numerous education videos (70+) on the calibration process with still more to come. His Video Calibration Training Series has quickly become the most comprehensive and simple to understand learning tool on the market today.  He has also taught classes for both the ISF and Spectracal as well and is now spearheading his all new TLVEXP calibration training program. But it hasn’t always been like this as we gaze back in time to see where it all began … 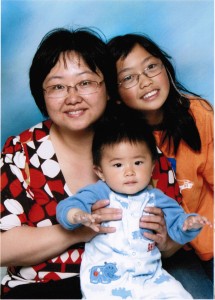 Michael has been a home theater enthusiast since 1980 when his father got the family their first betamax VCR, the SL8600. The love of both drama class in his grade school days and film all sort of dove tail into who he was to become. Home theater just seemed like a natural extension of it. This passion for tech was all self taught and pushed forward to the next step every time his parents would tell him this home theater stuff was a waste of his time and money as well as being juvenile. He quietly swore that he would show his parents one day that he could actually make a living at this … no thanks to them. Don’t forget that this is a traditional Asian family that he was growing up in where everyone was expected to be a professional … a doctor, a lawyer, an engineer or an accountant. There was no room for day dreaming or following your passion.  (By the way, he’s also a Transportation Engineer.)

Proving your parents wrong is actually the wrong way about things as he would find, since they just changed the topic on him and asked him where their grandchildren were? This would truly be a “no win” scenario.

Michael’s educational background is in Civil Engineering having earned his degree from the University of Alberta in 1988. He then spent the next 30 years in the engineering field as a traffic planning engineer and a traffic operations engineer at many locations through out North America. After bouncing around from Louisville KY to Vancouver BC to Edmonton to Minneapolis and finally to Calgary, he figured that he had had enough of the traveling road show and it was time to develop something to compliment his engineering education to help ride out the times of economic uncertainty. Enter the home theater angle. Economies goes up and down, but there are always some groups that seem to do well at all times and they will continue to buy TVs.

By the mid 1990’s, he had already started to offer a basic calibration and hook up service provided through both repair shops and department stores as a side project. When that $6000 Philips Color Analyzer showed up, it was time to take the next step. 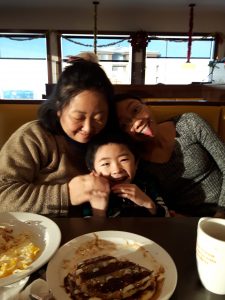 In the early days of calibration (early 2000s), Michael wrote up a whole series of articles on tweaking television sets and helping others to get the most out of their video devices. These articles appeared at a site called KeohiHDTV. It’s been years, but it’s time to revive that type of site known for its no-nonsense approach to the video industry without any of the mis-information prevalent in many forums today. He’s decided that it’s time to take pen to paper … or hands to keyboard and pass on more tidbits from the world of calibration, both on the professional side of things as well as the enthusiast side too. He was an enthusiast first and remains so even after climbing the industry ladder all these years. He has not forgotten where his roots are and that is always to help people out first. No doubt, he will ruffle some feathers yet again as he did on the old Keohi site.

Currently, Michael gets to juggle his calibration duties with his teaching duties all while raising a family of two children and finding time to volunteer at Star Wars charity events in the Calgary and Edmonton area. “The kids have to go” … he has his priorities right. 😉