Blast From The Past … Genesis of a Calibrator … Part 7 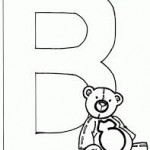 This is a series of writings that I did from 1990 to 2002 reviewing and putting to “Paper” my thoughts about the movies I collected at the time on Laserdisc and then DVD.  (And there were a lot of movies too.)  Within these writings are elements that ultimately paved the road to the world of professional calibration.  The total collection of writings came to about 100 MB of material at the time so be prepared for something that will be long.  It may actually be amusing to see how I use a particular film as some spring board to talking about calibration.

It’s raw and it’s also potentially offensive at times.  Onto Part 7 … the letter B continues.

The beginning of the second season of the program includes an all new voice over done by Captain Sheridan.  I swear, the opening is said to be presented at an aspect ratio of 16:9, but I tend to think it is a lot closer to 2:1.  Almost identical to the aspect ratio of Apocalypse Now.  The picture quality from the first season is extremely dull compared to season two.  Must make a note of this when the Laserdiscs arrive.  I suspect it has to do with the lighting of the sets which was changed much like ST-TNG.  The second season is extremely colourful.  Another wham episode answering most of the questions from the first season.  They’re black and mean and look like they come straight out of hell, but just what drives these ships and do they actually have crews?  It will be interesting to see if the episode is re-edited to include Melissa Gilbert as Anna Sheridan instead of Beth Toussaint.  The lead Minbari that confronts Sheridan about the Tragati is called Hedronn, but he shows up in the B5 movie as Coplann.  Was this an oversight or was Hedronn just a false name to mislead those on the station.  The former Captain of the Tragati was first mentioned in the Legacies episode from the first season.  The Laserdiscs for the second season continue to look fine, but there is a distinct contrast enhancement that seems to have occurred with the image.  There is a bit more grain and the image is not always the easiest on the eyes.  The series as originally produced had this same look much like how ST-TNG changed in its appearance between the second and third seasons.  Seeing the Agamemnon in all its Laserdisc glory is really nice.  I cannot wait to see more of these large ships and how they translate over in this series.

Number 25 serves to foreshadow the actions of Londo later on in the season.  Although not really a wham episode, number 26 elaborates on the concept of hyperspace used in the series.  The story is from D. C. Fontana of Star Trek fame.  The theory is consistent with other shows like Star Wars and Buck Rogers.  We get a further glimpse of the Shadows and more foreshadowing of things to come especially with the Keffer character.  The representation of hyperspace turns out to be a swirling red and black mass … reminding me of the Phantom Zone as seen in “Supergirl.”  The Shadow vessel appears very close to where the Cortez is indicating that collisions in hyperspace are probable more likely than in real space.  The Explorer class ship appears to be almost half the same length Babylon 5 itself.  The ship has its own compliment of worker bees paying homage to ST-TMP.  Only a small section of the ship has the rotating section.

A soldier of darkness arrives on the station as we get a glimpse of what they look like.  It is revealed that the Centauri are responsible for giving Earth the much needed Jump Gate technology that enabled them to quickly expand out into the galaxy.  So much for Prime Directives.  He, he, he.  Funny that Bureau 13 should target Talia Winters for death even after she witnesses the murder of her friend.  Looks like Psi Cops don’t talk with the other black room agencies.  JMS has said that we may never see the solution to this Bureau 13 thread since it was invented by a regular first season writer who has left the show.  JMS isn’t too fond of this thread either, but there is the implication that San Diego was not nuked by terrorists after all.  It was done by this organization in order to establish a secret command post.

The significance of this first episode in not quite clear in terms of why Talia’s former husband (Mickey Costmeyer from the Equalizer) shows up on the station to try to get her to return to the Corp.  Bester returns in this second episode (#30) and we learn what type of power Talia actually possesses, but is it all for naught?  Yes.  Londo returns to Centauri Prime in the fourth season, but we do not get to see his wife any longer.  The interaction between Talia and Bester almost suggests that there might be some link to that hidden personality that would show up later on, but it was not Bester’s doing nor did he know that it happened.  He does get with the plan after he finds out though.

A wham! episode that sends the series spinning in a very different direction.  The good become the bad and the bad, the good.  The point of the second episode is not quite clear other than to introduce the concepts of grunts in space and introduce General Franklin.  The role of the military as Earth expands into space.  The assault of the Rebel Base at Matok demonstrates the weakness of CGI based effects.  It remains to be seen whether or not the events of the third season midpoint have any impact on the characters introduced in this episode.  Will General Franklin show up again on the side of the Earth Alliance Constitution?  GROPOS turned out to be their most expensive episode during the second season.  The episode went way over budget.  PFC Dodger returns from the dead for a brief appearance in the fifth season.  She is still dead and Michael Garibaldi still is not interested in sleeping with her.  Just talking.