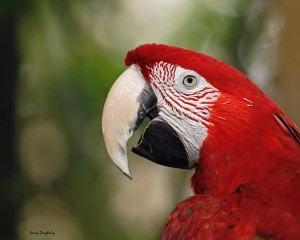 Polly want a cracker?  Do you really know what you are doing? Or are you just repeating what some one else said…with no understanding at all?

One of the worst things to encounter in any line of work or hobby are those that can memorize things and repeat, but are seemingly incapable of independent thought or critical thought.  Going to school, we all encountered those that could memorize everything and do well on the exams that just required memorization and nothing else.  And then you ask those same people the simple question of “why” and their brain grinds to a halt.

I had a recent experience with an enthusiast that would continue to protest that he 100% understood  what he was doing as well as the fundamentals of calibration and with every additional thing that came out of his mouth, the opposite became even more and more apparent and he looked ever the more foolish.  I tell him something in simple terms and his response is to do the opposite of what I explained to him.  And he was completely oblivious to what he was doing.  In the comic book world, I could call him some Bizarro version of a person.

“I understand my fundamentals, but I don’t see how a wrong contrast setting can affect my color and tint.”  Well, if you really understood the fundamentals, you would not be saying something like that.  The black and white part of the TV is the foundation of the image.  Contrast is part of this world.  If the black and white material is not neutral, thus devoid of color, this will affect the color overlay which is the color and tint part of the display.  Now tell me again about how you know your fundamentals, you just got 2+2=4 wrong.

Do not press the button that says “Do Not Press.”  Simple and straight forward enough and yet he would literally tell me that I just told him that he should be pressing that button.  “Sigh.”  The tragedy here is that he isn’t going to learn anything new because he “already understands” what he is doing.  This gets me thinking about how many more people are out there in our calibration hobby that just seem incapable of critical thinking.  They can completely parrot everything they read, about the “how to” part of calibration, but nothing on the why part of the equation which is ultimately even more important.  Without the understanding part, they cannot really know if they even have the right answer.  Is that actually what a calibrated image actually looks like?  It has to be because the numbers say it is and the numbers are all knowing and will never fail us.

Understanding is so important because it helps us get out of situations when the TV does not behave as the text book says.  The written tutorials just cover all the topics as if everything were an exact science and in the world of calibration, this is more rare than people might think.

The 10 steps in the calibration process are not a series of steps that are equally weighted in terms of importance.  Some elements far outweigh others in this list.  Without that understanding, enthusiasts often end up putting far too much weight or importance on things that just don’t matter as much.  And because they can’t get some of those more minor elements perfect, they often get dejected and and label their image with silly superlatives like “unwatchable.”  But the lack of understanding also means that they could be hit on the head with a correct image and they wouldn’t know it.  It’s all about the graphs and not about the pictures at all.

Parrots are not just in the enthusiast  world.  They also are on the professional side of things as the second part of this article continues here. (Part Two)