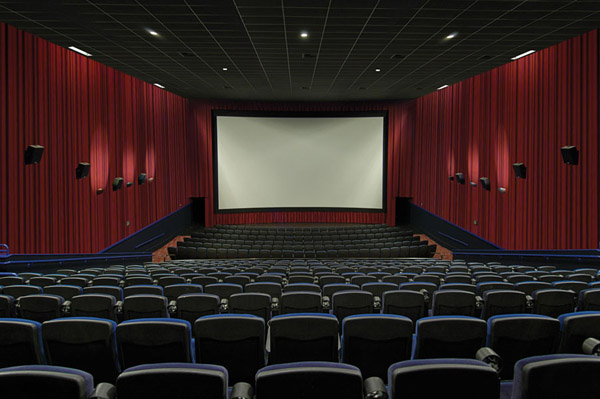 This tweak is aimed at those using projectors on the normal 16:9 screens.  If your projector has a lens memory feature, this tweak is for you.  I have been introducing it to all my clients when the situation is applicable for them.  The tweak costs no money and greatly improves the viewing experience when implemented.  The biggest performance bang often comes from the dirt cheap tweaks.

Improvements you will get:

When you watch the typical widescreen film like Star Wars, Star Trek, The Hobbit, and so forth, we get an image projected onto the screen with big black bars on the top and the bottom of the screen.  If your projector has great black level performance, these black bars are not as bothersome.  But the problem we always face is that the black velvet frame on our screens is always far darker than even the best black bars that projectors can muster.  It’s what we wish the black bars would really look like.  But this can never be so long as the screen is made of white material or some material that is off-white.  While gray is better, still not as good as the velvet on the frame itself.

So when we watch a film, every so often our eyes will drift down and look at the black bar and compare it to the black of the frame.  And for a brief split second, we are reminded that the black levels of the projector are not as good as we’d like.  We are distracted … removed from watching the film.  Our attention is brought back to the real world and we are reminded of the deficiency of the set up.

Even if our projector could conceivably project nothing onto those black bars for the best blacks possible, the reflected light from the movie itself would go into your room and reflect off your walls and furniture and come back to illuminate this portion of the screen.

Maybe you should have bought a 2:35 screen instead … but wait, those with that type of screen have their own issues too.  The films that jump between 16:9 and 2:35 aspect ratios are not so great for the guys with the fixed 2:35 screens.  On those films, the 16:9 portions are supposed to be bigger than the 2:35 parts.  It simulates the IMAX presentation.

If you haven’t done so, save your 16:9 movie viewing settings in the Lens memory section of the projector.  Now take advantage of that lens memory feature your projector has … and shift the 2.35-2.40 aspect ratio image down until the black bar vanishes below the bottom velvet frame of your screen.  You don’t have to be precise as close is more than good enough.  Now save this memory.  Now you have two settings; one for 16:9 and one for 2.40 films.  JVC, Epson, and some Sony projectors have this feature.  Others may have it too.  Typically, the projector will also allow you to rename these settings to whatever you want.

With this 2:35 mode, you now have 3 hard black edges instead of 2 for your movie watching.  The eyes are better focussed on the movie and you remove that comparative distraction below your eyes.  But what about the black bar at the top?!!  Well, what you find is that when you watch a film, your eyes rarely stray above the projected image so you may never notice that lesser black bar above the image.  But if you must remove that too, then create a physical black matte that you can put above the image.  See the video I shot about the mattes for more details.

Watch the accompanying Video for the visual demonstration.