Blast From The Past … Genesis of a Calibrator … Part 4

This is a series of w 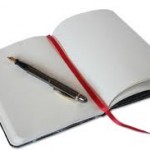 ritings that I did from 1990 to 2002 reviewing and putting to “Paper” my thoughts about the movies I collected at the time on Laserdisc and then DVD.  (And there were a lot of movies too.)  Within these writings are elements that ultimately paved the road to the world of professional calibration.  The total collection of writings came to about 100 MB of material at the time so be prepared for something that will be long.  It may actually be amusing to see how I use a particular film as some spring board to talking about calibration.

It’s raw and it’s also potentially offensive at times.  On to Part 4.

The program runs about 65 minutes.  The OAV is from the guy that did Ghost in the Shell.  The character designs are similar.  Image quality is about mediocre for a release like this.  Interesting story, but somewhat misguided.  In the end, it is all a confused mess.

This is a strange one.  All fish, all the time.  About nine hours of programming all dedicated to showing different fish life in an aquarium setting.  Images are provided in W/S 1.78:1 or enhanced or cropped to 4:3.  Add to that, mood music and the stage is set for background delights during parties.  Not that I have any though.  Image quality is average for DVD and shot on video tape.  The concept is a lot like the fire place channel on the TV during the Christmas season.  This is probably the only DVD that has ever used the automatic cropping and zooming feature of the DVD specification.  It really has take a 16:9 image and cropped the sides to make it fit the screen.  There just isn’t any automatic pan & scan.

I almost completely forgot to add this one to the directory.  The film looks great for a non-enhanced DVD release.  I picked up the film at Future Shop for about $28 with taxes.  This 151 minute film just keeps going and going with the action and the comedy.  The few extras on this disc include a music video and two movie trailers.  A Criterion version of this film has been announced with the Director’s cut and tons of extras.  It is a coordinated Disney effort and it is questionable whether or not this special edition would be enhanced for 16:9.  As good as it looks now, it could look so much better in 16:9.  Disney cared so much about this film that they did not even bother to notice that all the credits are presented in French.  While this does not affect the enjoyment of the film, it does make it very difficult to read the credits.  An 8.0 rating would only apply to enhanced 16:9 images which this is not.  The Criterion version sells for $50 U.S. and it runs only 153 minutes.  The second disc has most of the extras.  From early reports, the DVD actually looks better than the stand alone version.  The credits are only in French if the French audio track is selected.  Sometimes the player will +misread this and hence the French credits.  Locally, the Criterion version sells for $81 from A&B Sound.  Even with the 10% discount, this is a little too rich for my liking.  (To think that in the old days, I would have scooped this one up fast at that price if it were an LV.  The disc is only $35 U.S. with discounts.  I have to figure that I may one day pick up this title if only to listen to the outrageous commentary by Ben Afflick.

This one is coming from Ken Crane’s along with the two ST-TNG discs at a price slightly cheaper than the final Canadian price.  The film is in CAV and runs about 45 minutes.  There is a trailer for the next episode as well as two ads for two other Anime features Kishin Corps and Tenchi Muyo.  A short clip of the lead Japanese voice actress is also presented singing the English song version (badly) and discussing the project briefly all in Japanese.  Can’t be sure if a T-shirt comes with this first disc like the Moldiver set.  The dubbed track is on the digital and the original Japanese is on the analog with subtitles carried on the closed captioning.  Sorry, no T-shirt, just some printed inserts detailing some of the backstory.  Some of the artwork appears to be from following episodes.  The U.S. cover indicates a running length of 50 minutes whereas the Japanese cover says 45 minutes.  It is my hope that Pioneer releases following episodes in two episode packages if the programs are under 30 minutes each.  The announcement of the second episode seems to indicate that they are returning to the old pattern of releasing one episode per disc only.  This is okay if the show runs longer than 30 minutes, but mighty expensive like the Moldiver series if things remain as is.  In the feature film, the program opens with an extended sequence of the MPD in action prior to the arrival of Ross.  The program is also matted to 1.66:1.  The opening scene on the arriving plane is also shortened to completely remove the robotic flight attendant.  The battle in the airport is both extended and shortened.  There is more of an emphasis on the accompanying thugs as robots and it is less clear that the crowd is gathered to greet the Country Singer.  The scene with Ross’ car is also removed as is the painting sequence at Jessica Manning’s studio.  The montage of the deaths of the other Thirds is also removed.  A new conversation between Armitage and Ross is added when she takes him to his apartment.  Their walk on the town is shortened considerably as is the interview with the Blanchard woman.  Ross’ visit to Hu-gite is also removed so there is no longer a robot in a bathing suit waving to him.  AIC is involved with the new Bubblegum series in Japan and one of the companies in the series is called Hu-gite, but with a variation on the spelling.