Blast From The Past … Genesis of a Calibrator … Part 3 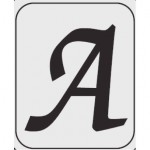 [important]”AS I WALK THROUGH THE VALLEY OF THE LASERDISC, I SHALL NO LONGER FEAR ROT … FOR I HAVE DVD” PART 3[/important]

I picked this one up at Ken Cranes for $24 U.S.  It is the third installment in the series and said to be much better that the second entry.  The packaging states that the film is presented in the proper 1.33:1 aspect ratio.  When the disc was originally announced, the price was $40, but a subsequent correction lowered the price to $30.  Tower Records and Dave’s The Laser Place still sold the title for $40.  This one is much funnier than the second entry and the songs are actually very well done.  The animation quality is closer to the television series as it was produced by Disney’s television division.  It would be fun to go through this feature and find all the references.  This type of material will be the prime candidates for Disney releases in the DVD format.  Their first animated entry was overpriced and made in the same television animation division.

This film is expected to be released sometime this spring before the release of “Alien Cubed” (Alien3).  It will be in CAV and include an interview with Ridley Scott and the cocoon sequence cut from the original release.  The new running time is now 124 minutes versus 116 minutes for the old release.  The cocoon sequence kills the premise of the second entry … so said James Cameron in an interview given in 1986, but the novel for the third film helps to ease this incongruity with an explanation.  The third film, though, does not deal with this particular aspect of the book.  This film is shot in anamorphic widescreen as a pirate video tape from many years ago showed.  The film is now expected October 1, 1992 as a three disc set with supplemental material on two sides.  I did own the cropped version at one time, but I discarded it in anticipation of this release back in 1990!!!  The added scenes are at the end and are not part of the film.  It is now available and I await it shortly.  Thanks to some screw up on the part of Sight & Sound, it is on its way following a one month delay.  The package was actually put together some time over this summer since there are numerous references to Ridley Scott’s most recent projects including Thelma and Louise and 1492.  There is also some mention in the supplementary material regarding “Alien3.”  The film is a true 2.35:1 aspect ratio release and it is wider than the old pirate version that we had.  The package also includes the theatrical trailer and two commercials.  The picture quality is on a par with the Aliens Box Set release.  The person who conducted the interview with the director is the same guy who did the Jim Cameron interview.  This leads me to conclude that that particular interview was also conducted for the sake of the disc release only.  The supplemental scenes represent the stuff that the director felt did not add to the film so the version presented is the director’s cut.  The cut footage was only processed in mono, but one look at it and you can tell why he cut it out.  Most of the scenes were rather talky.  Enough to make one throw up, a THX CLV widescreen version has been announced for release which will undoubtedly tick off all of us who bought the box set.  The new version will also likely have cleaned up the audio tracks of this CAV edition which have been universally blasted as being awful.  Let us re-release everything once again to make more money.  The danger of a backlash by enthusiasts is looming when all people will simply stop buying.  I borrowed the new version from Doug and while it is THX and AC-3, the image is not better than this CAV version.  In fact, it is worse in many ways since the colour values are far too high on the disc compared to the CAV version and this makes for darker scenes and colour blurring.  The box set version remains crisper.  Neither version is noisier than the other version.  One other major difference turns out to be the aspect ratio.  The CAV version appears to be 2.40:1 as opposed to the CLV version which is 2.25:1.  About two inches on the sides are missing from the new version while it gains about half an inch on the top.  The CAV version loses half an inch on the top, but retains the scope of the film frame.  It would seem that FOX has announced a box set release of all four films.  The films will also have anamorphic enhancement to boot which is a rarity with their products.  The menu system is very impressive and elaborate.  The film transfer looks much better than the previous Laserdisc versions.  In fact, the images look better than they have ever looked before.  There are three major extras that are new to this DVD release including a new commentary by the director, and two outtakes.  I purchased the box set release of the four films in order to get the bonus documentary DVD through the mail.  The box set also comes with a packet of trading cards for this re-issue.  The 16:9 enhancement came about because the Director insisted on it before he would give his cooperation for the project.  I’ve thought for a long time about how to address the two versions of the film found on each 16:9 enhanced disc.  How to make it obvious that one version looks better than another and the terrible trade off in the downconversion process.  I think I found a way based on the theater experience using the concept of  fixed image height.  It’s what the image would look like if you had a 16:9 TV set and you were watching all three modes.

This film has been lost (and found) in the mailing system.  When it gets replaced, there will be more extensive coverage.  The film is 154 minutes long versus the 138 minute theatrical version of 1986.  The supplementary section is on side 7 and it includes an interview with the director as well as a chronological history of how the film was made. The image quality shifts between super sharp segments and (intentionally … perhaps not … according to The Perfect Vision) grainy segments.  The new material is of the sharp variety and the other material varies.  The surround sound is very effective.  The new segments help to add a whole new dimension to this film.  It moves slightly slower than before, but the matting helps to recreate the original feel.  The supplementary material includes details of how the story developed including early drafts of the film.  It takes a few hours to sort through this material and it certainly is abundant.  I cannot look at this film in the same light after the events of the third film.  The whole trilogy becomes a tragedy.  I had owned the cropped version at one time, but I traded it in, in anticipation of this release.  My original copy did not have digital sound unlike subsequent pressings.  The first side has a minor defect in the inclusion category that is starting to bug me.  There is no theatrical trailer in this box set, but they show up in the Abyss Box Set released in 1993.  While I was watching this one again, the Drake character seemed very familiar with a character on both Babylon 5 and ST-TNG.  It seems that Mark Ralston has the face for a baddie as he played a serial killer in the “Quality Of Mercy” B5 episode and a telepathic killer in the “Eye Of The Beholder” ST-TNG episode.  (Check out Eraser.)  There had better not be a special THX release of this one in CLV with all the grain cleaned up.  Actually, a widescreen THX version of the original theatrical version has been announced for release and it is in AC-3 as well.  Just saw the new version and it compares favourably to the CAV version except for the Panasonic defect.  The grain has been cleaned up and the overall hue of the images has been improved.  The images no longer have a blue tint like the CAV version.  Hard to determine if it actually sounds better, but that is likely the case too.  It is sickening to see that the new version has been cleaned up when they said that it could not be done.  It will be interesting to see if the DVD release will also be the special edition of the film.  No doubt it will have the remixed AC-3 audio tracks.  Yes, the DVD issue is the director’s cut of the film in an anamorphic version that has never looked better than it does now.  Most of the grain from the Laserdisc release is completely gone.  This film has never looked better.  The Menu system is also very innovative and cool to navigate.  The disc contains most of the extras found on the original Laserdisc box set, but the quality is not always the best.  What’s the deal with the totally different colour scheme though.  From blue to natural.